In honor of Veterans' Day on November 11th, here are some military-inspired ebooks. Topics range from historical accounts, memoirs, fiction, and transitioning between military and civilian life.

You may need to log in using your Moodle credentials to read these ebooks. 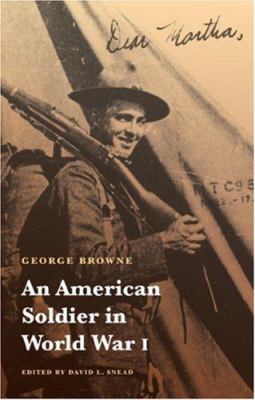 An American Soldier in World War I

An American Soldier in World War I is an edited collection of more than one hundred letters that Browne wrote to his fiancée, Martha "Marty" Johnson, describing his experiences during World War I as part of the famed 42nd, or Rainbow, Division. By providing a description of the experiences of an average American soldier serving in the American Expeditionary Forces in France, this study makes a valuable contribution to the history and historiography of American participation in World War I. 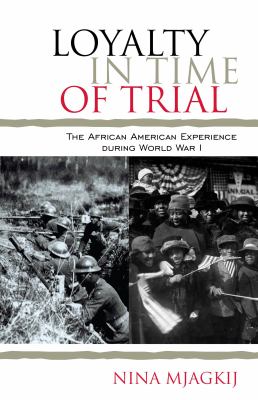 Loyalty in Time of Trial: The African American Experience During World War I

In one of the few book-length treatments of the subject, Nina Mjagkij conveys the full range of the African American experience during the "Great War." … nearly 370,000 black soldiers served in the military during the war, and some 400,000 black civilians migrated from the rural South to the urban North for defense jobs. Following the war, emboldened by their military service and their support of the war on the home front, African Americans were determined to fight for equality. 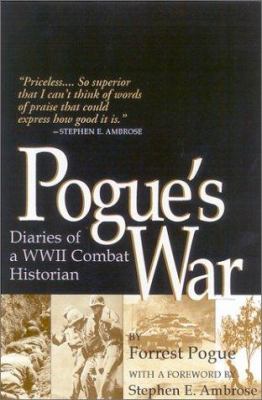 Pogue's War is drawn from Forrest Pogue's handwritten pocket notebooks, carried with him throughout the war, long regarded as unreadable because of his often atrocious handwriting. From D-Day to VE-Day, Pogue experienced and documented combat on the front lines, describing action on Omaha Beach, in the Huertgen Forest, and on other infamous fields of conflict. 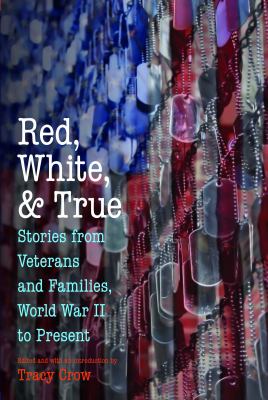 Leila Levinson's powerful essay recounts her father's experience freeing a POW camp during World War II. Pulitzer Prize-winning author Tracy Kidder provides a chilling account of being a new second lieutenant in Vietnam. Army combat veteran Brooke King recounts the anguish of raising her young children by day while trying to distinguish between her horrific memories of IED explosions in Baghdad and terrifying dreams by night. These individual stories of pain and struggle, along with twenty-nine others, illustrate the inescapable damage that war rends in the fabric of society and celebrate our dauntless attempts to repair these holes with compassion and courage. 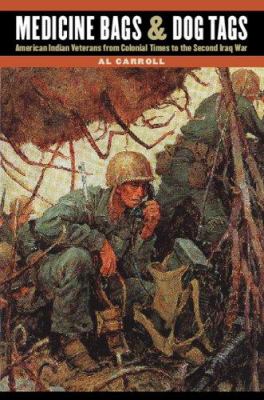 Drawing on a rich array of archival records and oral traditions, Al Carroll offers the most complete account of Native veterans to date and is the first to take an international approach, drawing comparisons with Native veteran traditions in Canada and Mexico. Carroll provides a fascinating look at how the culture and training of the American military influenced the makeup and tactics of the American Indian Movement in the 1960s and 1970s and how, in turn, Natives have influenced U.S. military tactics, symbolism, and basic training. 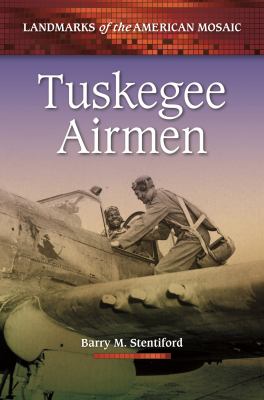 This poignant history of the Tuskegee Airmen separates myth and legend from fact, placing them within the context of the growth of American airpower and the early stirrings of the African American Civil Rights Movement. The "Tuskegee Airmen'" the first African American pilots to serve in the U.S. military, were comprised of the 99th Fighter Squadron, the 332nd Fighter Group, and the 477th Bombardment Group, all of whose members received their initial training at Tuskegee Army Airfield in Alabama. 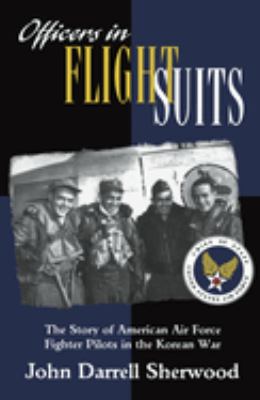 Officers in Flight Suits: The Story of American Air Force Fighter Pilots in the Korean War

The United States Air Force fought as a truly independent service for the first time during the Korean War. In Officers in Flight Suits, John Darrell Sherwood takes a closer look at the flight suit officer's life by drawing on memoirs, diaries, letters, novels, unit records, and personal papers as well as interviews with over fifty veterans who served in the Air Force in Korea. Tracing their lives from their training to the flight suit culture they developed, the author demonstrates how their unique lifestyle affected their performance in battle and their attitudes toward others, particularly women, in their off-duty activities. 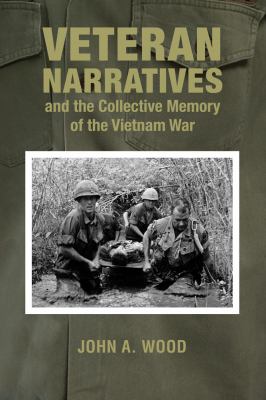 Veteran Narratives and the Collective Memory of the Vietnam War

Veteran Narratives and the Collective Memory of the Vietnam War is a landmark study of the cultural heritage of the war in Vietnam as presented through the experience of its American participants. Crossing disciplinary borders in ways rarely attempted by historians, John A. Wood unearths truths embedded in the memoirists' treatments of combat, the Vietnamese people, race relations in the United States military, male-female relationships in the war zone, and veterans' postwar troubles.

Here, acclaimed American historians - among them, Max Boot, Douglas Brinkley, and Stanley Karnow - tell the dramatic story of America's war in Vietnam. It's all here - from the first American deaths in Vietnam and the controversial Gulf of Tonkin attack to the Tet offensive, the My Lai massacre, and, finally, the building of the Vietnam Veterans Memorial. 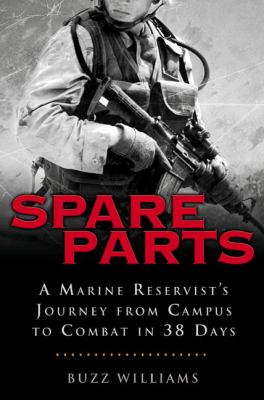 A compelling look into the world of reservists--more than just the spare parts of our nation's military--as seen through one man's transformation from weekend warrior to combat marine. "Spare Parts" recounts Williams's harrowing deployment to the Persian Gulf after only four weeks of combat training. A powerful portrait of one man's experience in battle--and of the reservists who stand ready to leave civilian life to defend our nation at a moment's notice--Spare Parts adds a moving new perspective to the literature of war.

In the tradition of Black Hawk Down and Jarhead comes a searing portrait of young men fighting a modern-day war. His narrative follows the twenty-three marines of First Recon who spearheaded the blitzkrieg on Iraq. This elite unit, nicknamed ""First Suicide Battalion,"" searched out enemy fighters by racing ahead of American battle forces and literally driving into suspected ambush points. 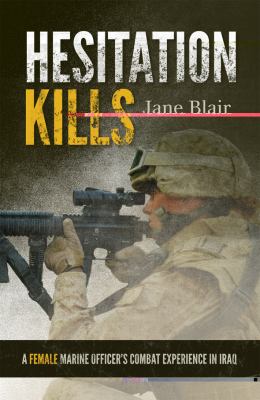 This riveting memoir is the first book written by a female Marine about the war in Iraq and one of the only books written by a woman who has experienced combat firsthand. Deploying to Iraq in 2003, Jane Blair's aerial reconnaissance unit was assigned to travel ahead of and alongside combat units throughout the initial phase of Operation Iraqi Freedom. Jane describes not only her experiences as a young lieutenant and as a woman but also those of her fellow Marines, whom she lauds as the true heroes of her story. Weaving her story together with the experiences of the ordinary people of Iraq, this book offers compelling insights into the profound impact of the war on the lives of soldiers and civilians alike. 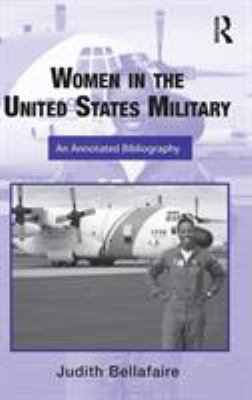 Women in the United States Military

When there was a call to duty, the United States Armed Forces always relied upon women to be a part of the effort. Women in the United States; Military: An Annotated Bibliography is the most complete and up to date listing of resources to help students and scholars understand the effect women have had on the wars that have shaped the United States. Covering everything from the American Revolution to Operations in Iraq. 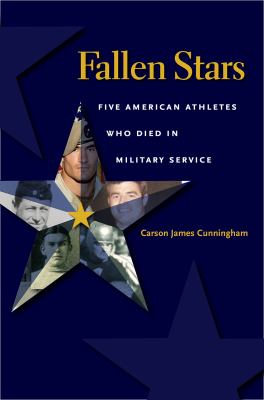 In the spring of 2002, motivated by the September 11, 2001, terrorist attacks, National Football League stalwart Patrick Daniel Tillman turned down a multimillion-dollar contract to join the US Army. Two years later, he died while serving his country in the mountains of Afghanistan. Inspired by Pat Tillman's story, Fallen Stars captures the lives and times of Tillman (1976-2004) and four other war-hero American athletes: Hamilton "Ham" Fish (1873-98), Hobart "Hobey" Baker (1892-1918), Nile Kinnick (1918-43), and James Robert "Bob" Kalsu (1945-70), all of whom died while serving in the US military. 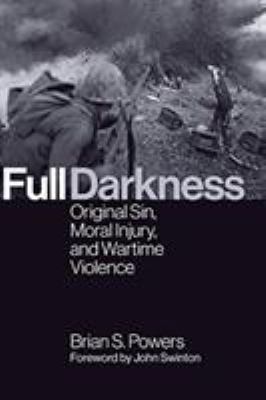 In Full Darkness theologian and wartime veteran Brian Powers argues that the Augustinian concept of original sin can illuminate the nature of wartime violence, particularly through the lens of veteran trauma. Combat veterans experience a humanity deprived of grace and are devoured by the forces of war, often suffering post-traumatic stress disorder. But Powers provides a ray of hope and a path towards healing. Ideal for veterans, chaplains, and pastors, Full Darkness offers a new perspective on the cultural understanding of military violence, provides theological help for those drowning in guilt and shame, and paves the way for reclaiming positive human agency and identity. 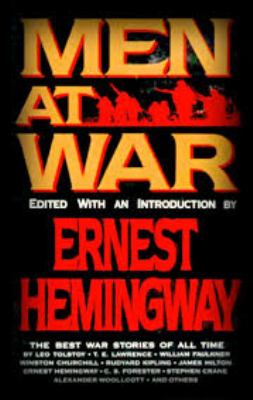 Men at War: the best war stories of all time

A smorgasbord of 82 prominent short historical war stories from around the world from the Biblical days of David and Goliath to Pear Harbor and World War II tales prior to the book publication date of 1942. Included within the book is Stephen Crane's unabridged “Red Badge of Courage”. A few of the other notable authors with a story or more are Julius Caesar, Theodore Roosevelt, William Faulkner, John W. Thomason Jr., Count Leo Tolstoy, Rudyard Kipling and Winston Churchill. 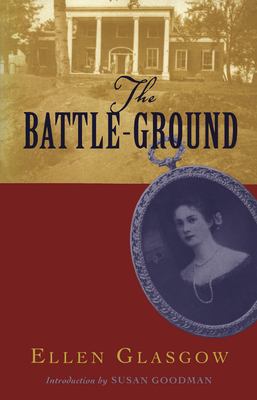 The Battle-Ground speaks of a South before and during the Civil War in its struggles to become part of a nation still in the making. The overthrow of the aristocratic tradition, the transfer of hereditary power to a rural underclass, the continued disenfranchisement of African Americans, and the evolving status of women--these topics, which came to bind the more than a dozen volumes of Glasgow's self-styled "social history," initially coalesced in The Battle-Ground. But Glasgow never sensationalizes the Civil War, whose bloodiest scenes she flanks with domestic officers, the sharing of rations, the warmth of camp, and reminders of home. Glasgow cannot separate the war from its greater social implications--it is a place, as her title suggests, that tests the soul of a nation as well as individual men and women. 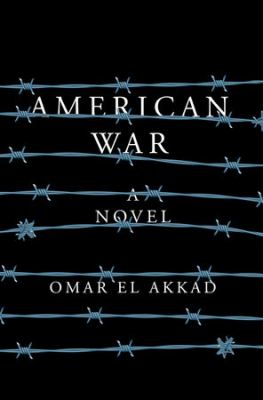 An audacious and powerful debut novel: a second American Civil War, a devastating plague, and one family caught deep in the middle--a story that asks what might happen if America were to turn its most devastating policies and deadly weapons upon itself. 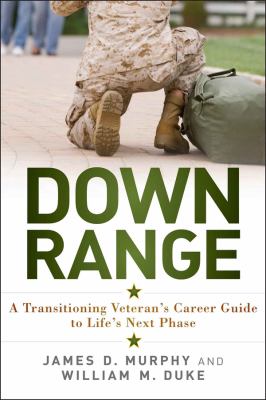 Down Range: A Transitioning Veteran's Career Guide to Life's Next Phase

Written by veterans who have successfully made the transition, Down Range offers career planning guidance to U.S. military veterans coming off active duty. This is NOT simply a guide to transitioning from the military to the civilian world. This is NOT a guide to getting a job. This book IS a guide to developing a post-military career, not just for the first few days, weeks, or months after active duty, but for the rest of your employed life. This book challenges veterans to change their mind-set and understand just how different the "wilderness" of civilian employment is from military experience. 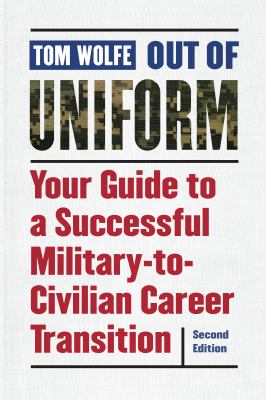 Out of Uniform: Your Guide to a Successful Military-to-Civilian Career Transition

Not only does this book cover the basics--search techniques, networking, interview preparation, résumés, negotiation, and a new chapter on social media--it also offers guidance on topics that are often overlooked, specifically the central issues of self-knowledge, interviewing empathy, and the power of questions. In addition to the technical guidance, readers will also discover important information in the anecdotes based on the experiences of soldiers, sailors, air force personnel, and marines.